Traditional reads per million (RPM) normalization method is inappropriate for the evaluation of ChIP-seq data when the treatment or mutation has the global effect. Changes in global levels of histone modifications can be detected by using exogenous reference spike-in controls. However, most of the ChIP-seq studies have overlooked the normalization problem that have to be corrected with spike-in. A method that retrospectively renormalize data sets without spike-in is lacking.

We observed that some highly enriched regions were retained despite global changes by oncogenic mutations or drug treatment and that the proportion of reads within these regions was inversely associated with total histone mark levels. Therefore, we developped ChIPseqSpikeInFree, a novel ChIP-seq normalization method to effectively determine scaling factors for samples across various conditions and treatments, which does not rely on exogenous spike-in chromatin or peak detection to reveal global changes in histone modification occupancy. This method is capable of revealing the similar magnitude of global changes as the spike-in method.

PiGx is a collection of genomics pipelines. All pipelines are easily configured with a simple sample sheet and a descriptive settings file. The result is a set of comprehensive, interactive HTML reports with interesting findings about your samples.
Publication

Motivation:Kinetics is key to understand many phenomena involving RNAs, such as co-transcriptional folding and riboswitches. Exact out-of-equilibrium studies induce extreme computa-tional demands, leading state-of-the-art methods to rely on approximated kinetics landscapes, ob-tained using sampling strategies that strive to generate the key landmarks of the landscape top-ology. However, such methods are impeded by a large level of redundancy within sampled sets.Such a redundancy is uninformative, and obfuscates important intermediate states, leading to anincomplete vision of RNA dynamics.

Results:We introduce RNANR, a new set of algorithms for the exploration of RNA kinetics land-scapes at the secondary structure level. RNANR considers locally optimal structures, a reduced setof RNA conformations, in order to focus its sampling on basins in the kinetic landscape. Along withan exhaustive enumeration, RNANR implements a novel non-redundant stochastic sampling, andoffers a rich array of structural parameters. Our tests on both real and random RNAs reveal thatRNANR allows to generate more unique structures in a given time than its competitors, and allowsa deeper exploration of kinetics landscapes.

The knowledge about classes of non-coding RNAs (ncRNAs) is growing very fast and it is mainly the structure which is the common characteristic property shared by members of the same class. For correct characterization of such classes it is therefore of great importance to analyse the structural features in great detail. In this manuscript I present RNAlishapes which combines various secondary structure analysis methods, such as suboptimal folding and shape abstraction, with a comparative approach known as RNA alignment folding. RNAlishapes makes use of an extended thermodynamic model and covariance scoring, which allows to reward covariation of paired bases. Applying the algorithm to a set of bacterial trp-operon leaders using shape abstraction it was able to identify the two alternating conformations of this attenuator. Besides providing in-depth analysis methods for aligned RNAs, the tool also shows a fairly well prediction accuracy. Therefore, RNAlishapes provides the community with a powerful tool for structural analysis of classes of RNAs and is also a reasonable method for consensus structure prediction based on sequence alignments. RNAlishapes is available for online use and download at http://rna.cyanolab.de.

These instructions are for ESOM-based for binning: see http://databionic-esom.sourceforge.net/ for software download and manual.

1. Generate input files.
————————-
* Although not necessary but we recommend adding some reference genomes based on your 16s/OTU analysis as ‘controls’. The idea is that, if the ESOM worked, your reference genome should form a bin itself. You may do this by downloading genomes in fasta format from any public database, preferably a complete single sequence genome.
* Use the `esomWrapper.pl` script to create the relevant input files for ESOM. In order to run this script, you’ll need to have all your sequence(in fasta format) files with the same extension in the same folder. For example:
`perl esomWrapper.pl -path fasta_folder -ext fa`
For more help and examples, type:
`perl esomWrapper.pl -h`

**NOTE:**`class number`: The esom mapping requires that you define your sequences as classes. We generally define all the sequences that belong to your query (meatgenome for example) as 0 and all the others 1, 2 and so on. think of these as your predefined bins, each sequence that has the same class number will be assigned the same color in the map.

3. Train the data:
——————-
###Using the GUI
* Tools > Training:
* Parameters: use default parameters with the following exceptions. Note this is what seems work best for AMD datasets but the complete parameter space has not been fully optimized. David Soergel (Brenner Lab) is working on this:
* Training algorithm: K-batch
* Number of rows/columns in map: I use ~5-6 times more neurons than there are data points. E.g. for 12000 data points (window, NOT contigs) I use 200 rows x 328 columns (~65600 neurons).
* Start value for radius = 50 (increase/decrease for smaller/larger maps).
* I’ve never seen a benefit to training for more than 20 epochs for the AMD data.
* Hit ‘START’ — training will take 10 minutes to many hours depending on the size of the data set and parameters used.

###From the terminal
* At this point, you may also choose to add additional data (like coverage) to your contigs. You may do so using the `addInfo2lrn.pl` script **OR** by simply using the flag `-info` in `esomTrain.pl`.
* `esomTrain.pl` script maybe used to train the data without launching the GUI. This script will add the additional information to the lrn file (using `-info`), normalize it and train the ESOM. Type `perl esomTrain.pl -h` in your terminal to see the help document for this script.
* To view the results of the training, simply launch ESOM by following the instructions in *Step 5: Loading a previous project* to load the relevant files.
* Resume analysis from *Step 4: Analyzing the output*

4. Analyzing the output:
————————
* Best viewed (see VIEW tab) with UMatrix background, tiled display. Use Zoom, Color, Bestmatch size to get desired view. Also viewing without data points drawn (uncheck “Draw bestmatches”) helps to see the underlying data structure.
* Use CLASSES tab to rename and recolor classes.
* To select a region of the map, go to DATA tab then draw a shape with mouse (holding left click), close it with right click. Data points will be selected and displayed in DATA tab.
* To assign data points to bins, use the CLASS tab and using your pointer draw a boundary around the region of interest (e.g. using the data structure as a guide — see also “contours” box in VIEW tab which might help to delineate bins). This will assign each data point to a class (bin). The new .cls file can be saved (`File > Save .cls`) for further analysis.

BamM is a c library, wrapped in python, that parses BAM files. The code is intended to provide a faster, more stable interface to parsing BAM files than PySam, but doesn’t implement all / any of PySam’s features.

Do you want all the links that join two contigs in a BAM?
Do you need to get coverage?
Would you like to just work out the insert size and orientation of some mapped reads?

BMGE (Block Mapping and Gathering with Entropy) is a program that selects regions in a multiple sequence alignment that are suited for phylogenetic inference. BMGE selects characters that are biologically relevant, thanks to the use of standard similarity matrices such as PAM or BLOSUM. Moreover, BMGE provides other character- or sequence-removal operations, such stationary-based character trimming (that provides a subset of compositionally homogeneous characters) or removal of sequences containing a too large proportion of gaps. Finally, BMGE can simply be used to perform standard conversion operations among DNA-, codon-, RY- and amino acid-coding sequences.

This is a brief guide for using BEAM (Bayesian Epistatis Association Mapping).
The program uses Markov Chain Monte Carlo (MCMC) to search for both single-marker
and interaction effects from case-control SNP data. 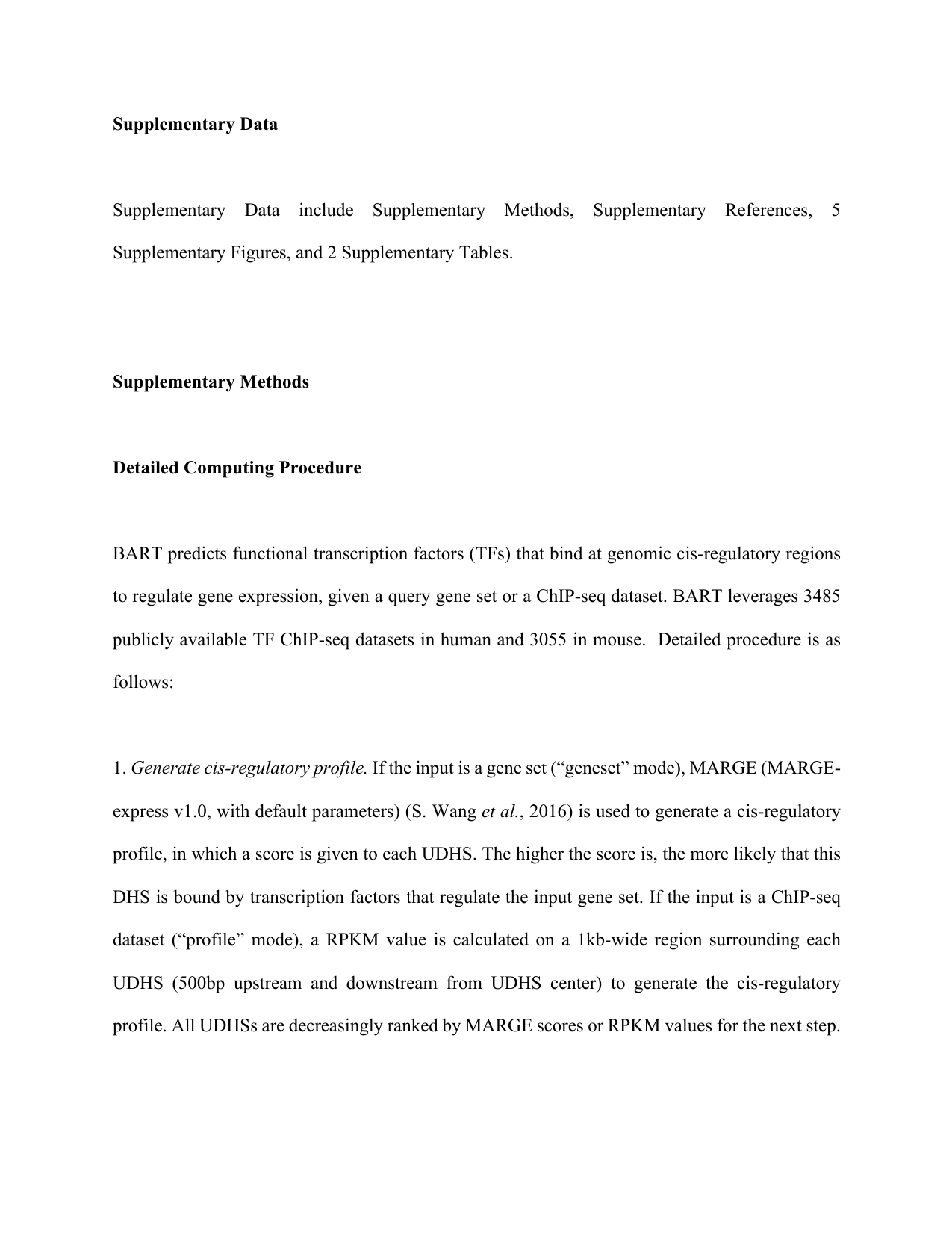 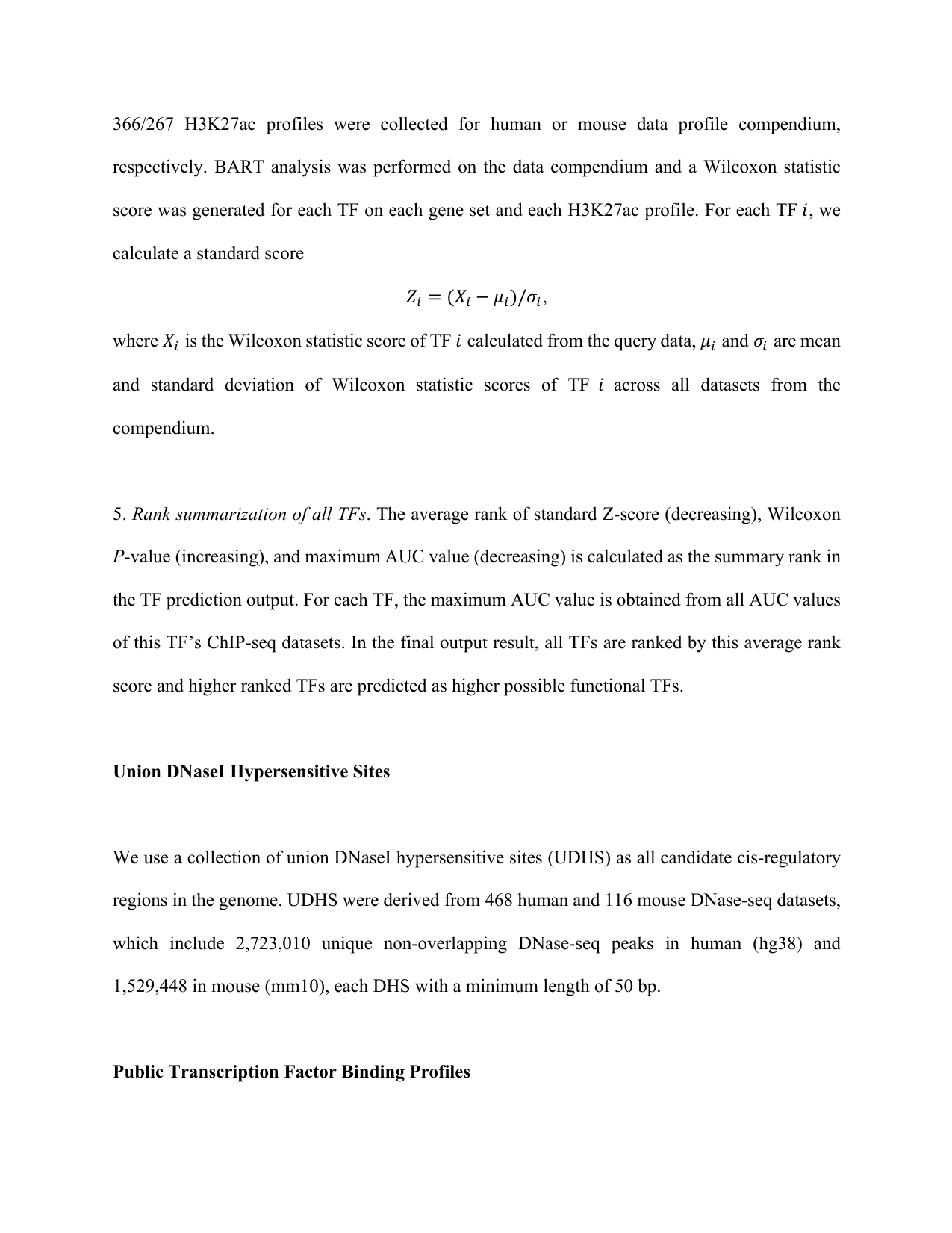 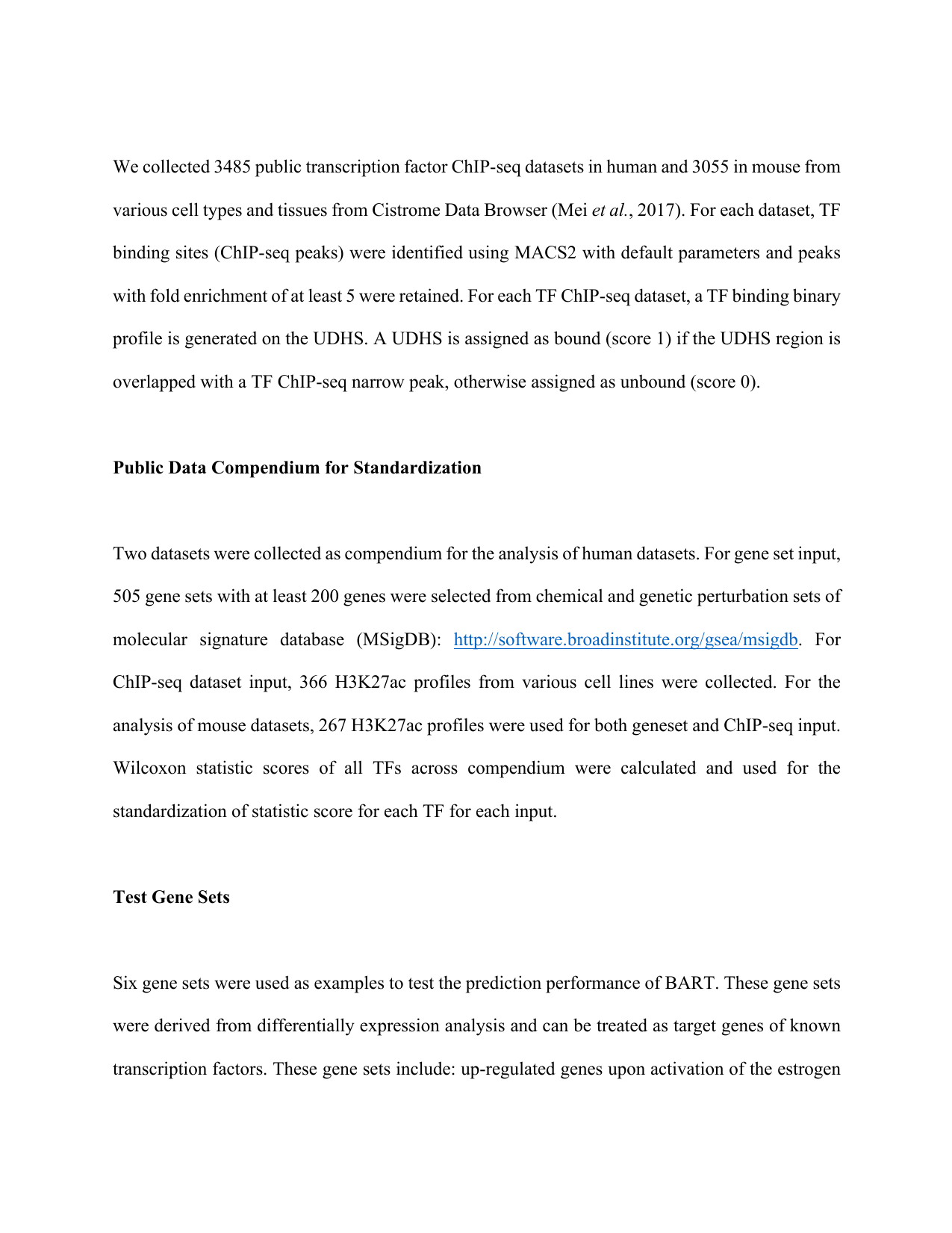 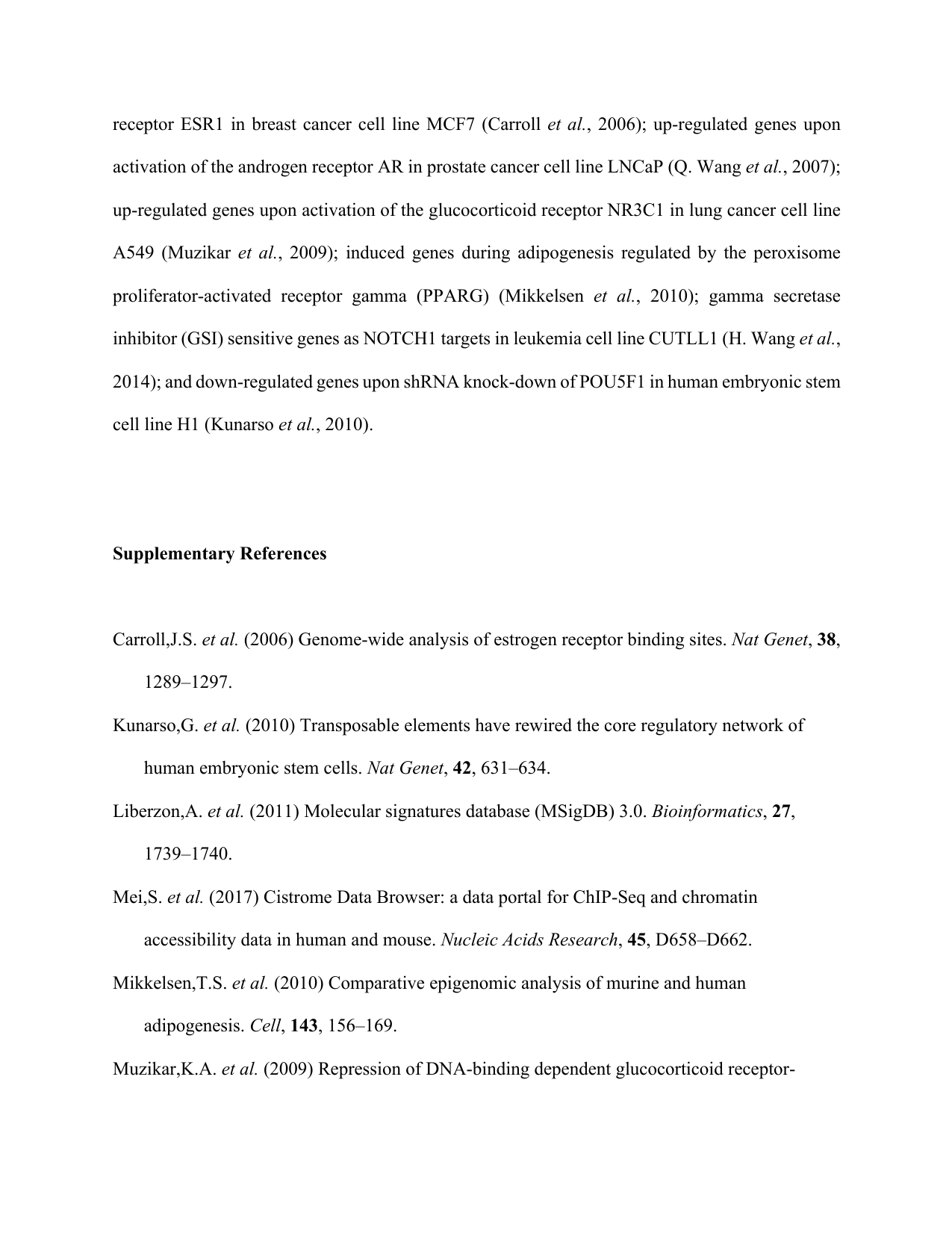 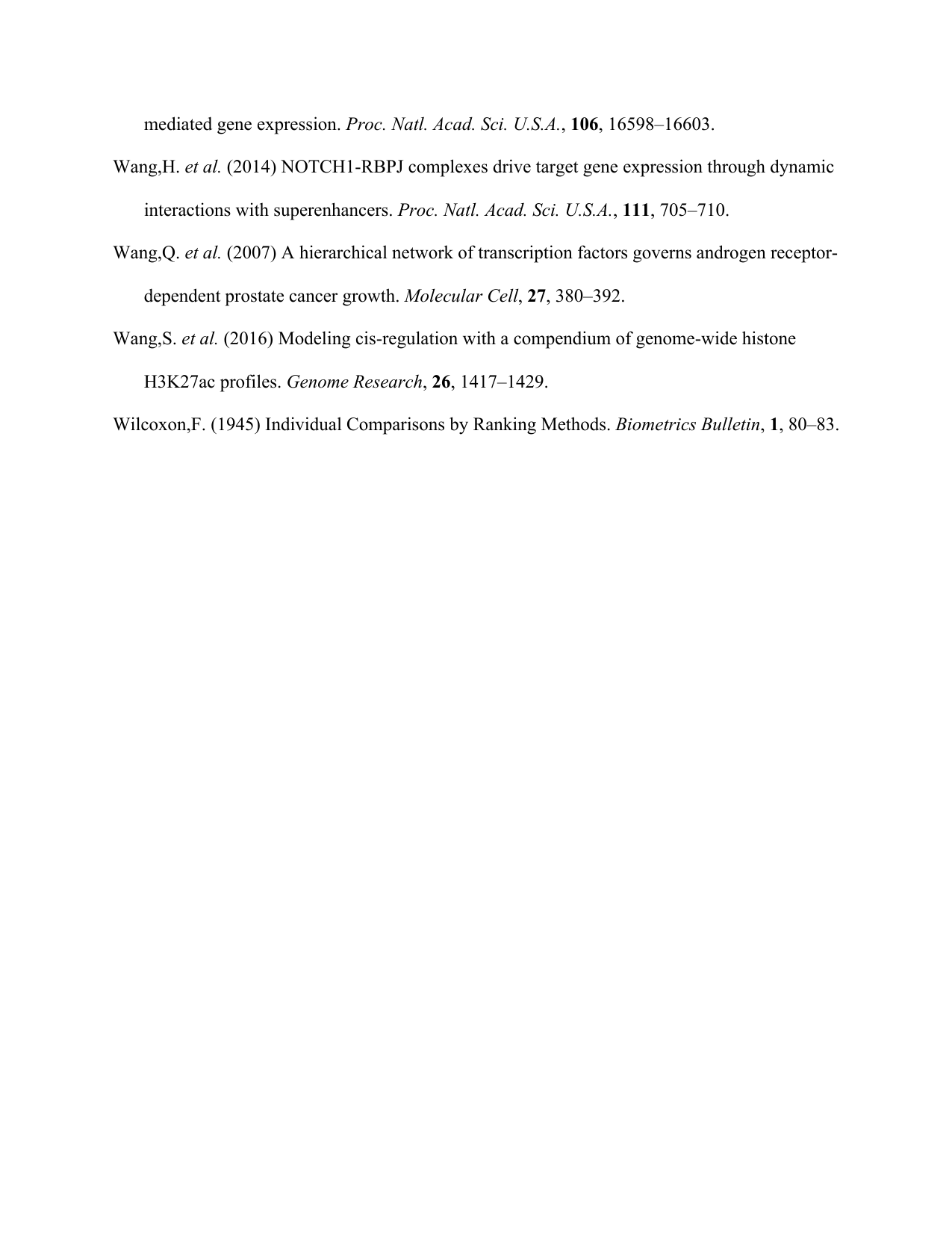 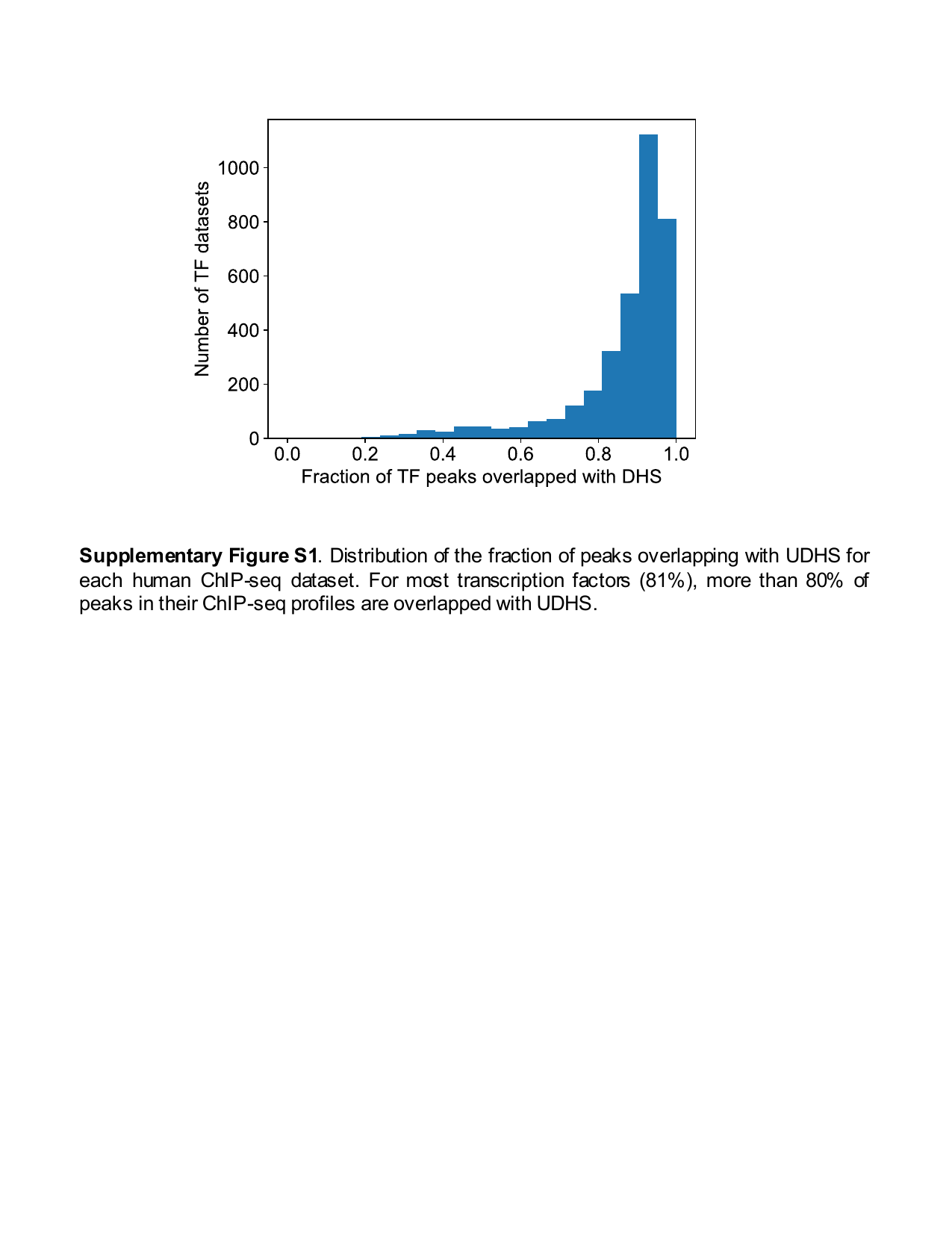 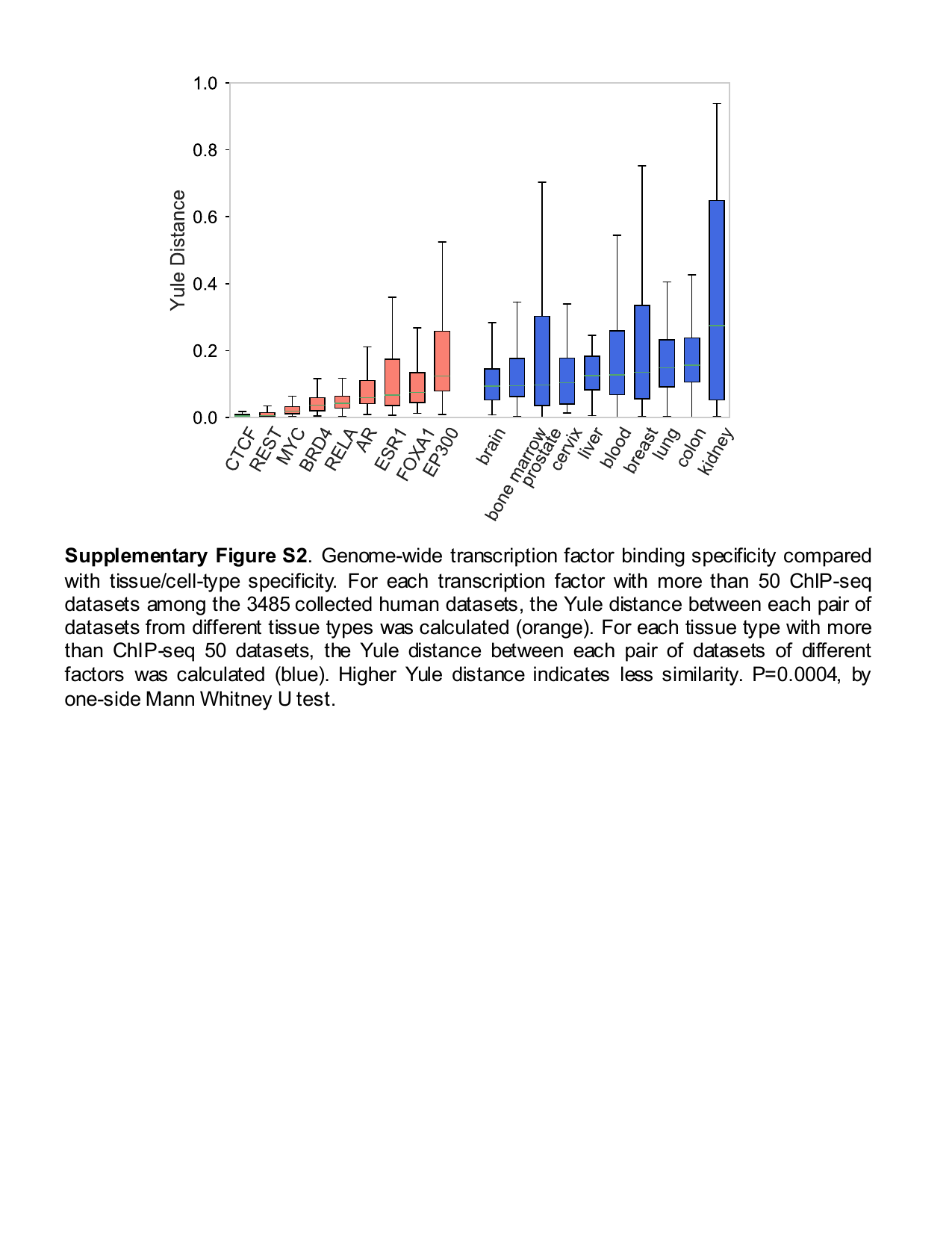 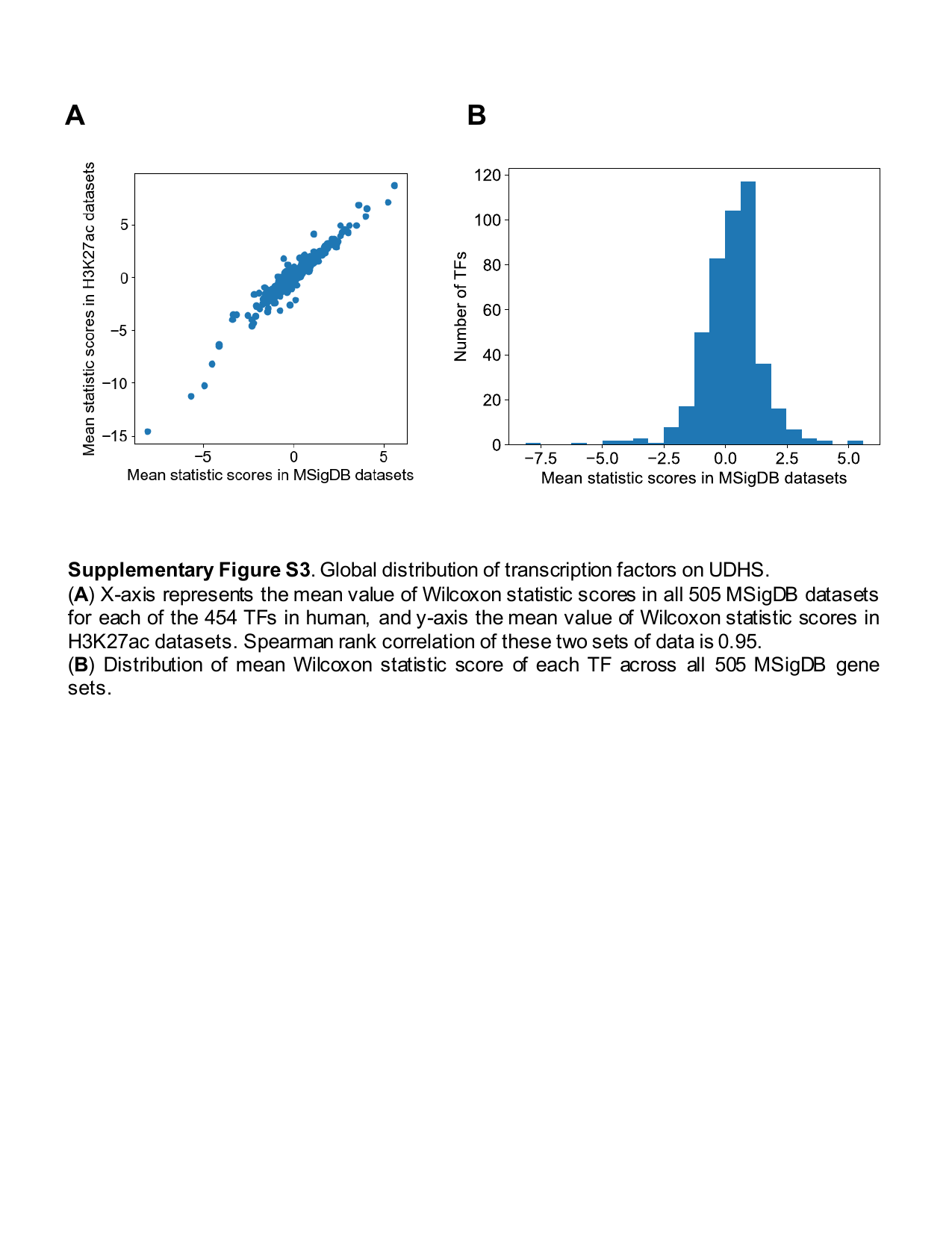 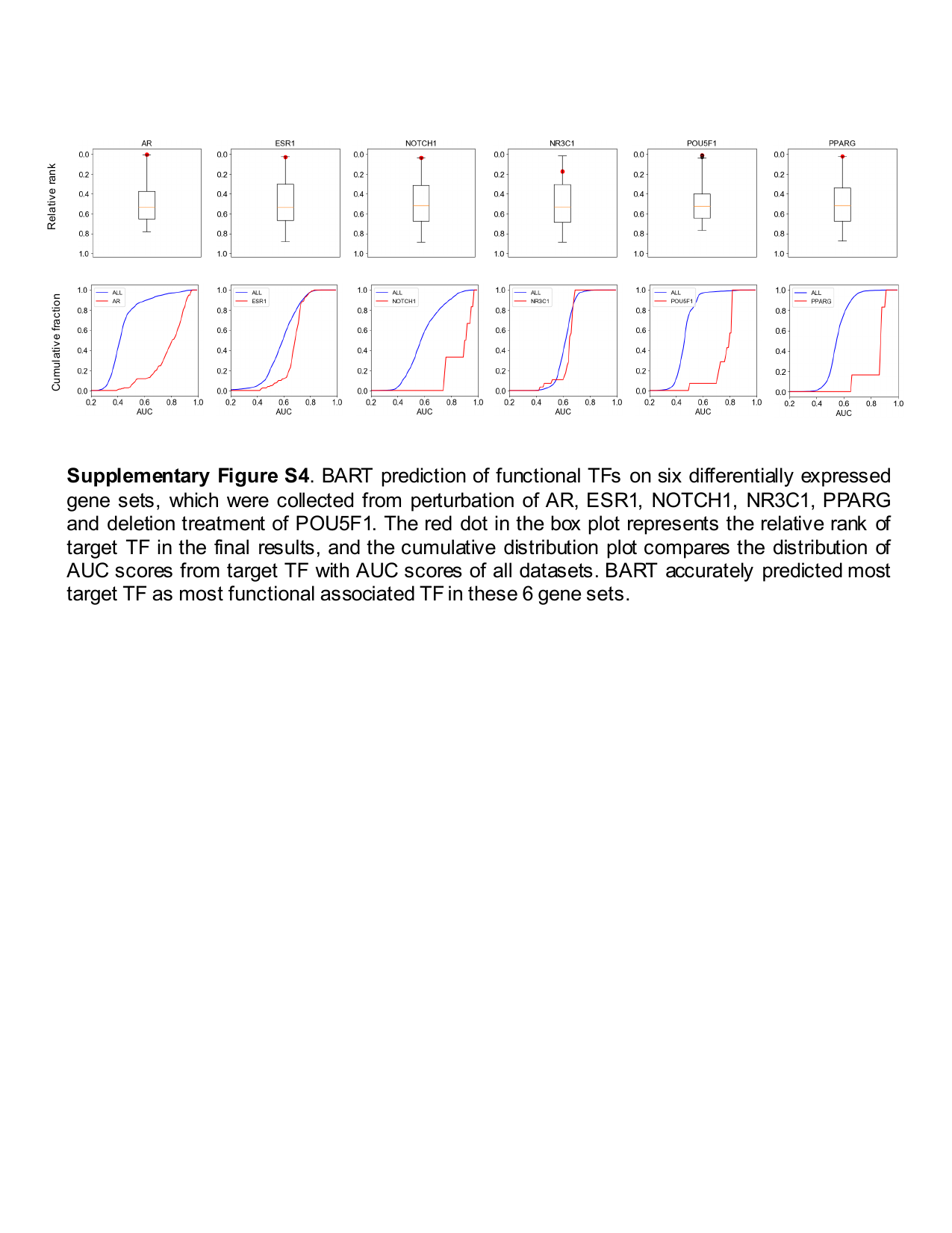 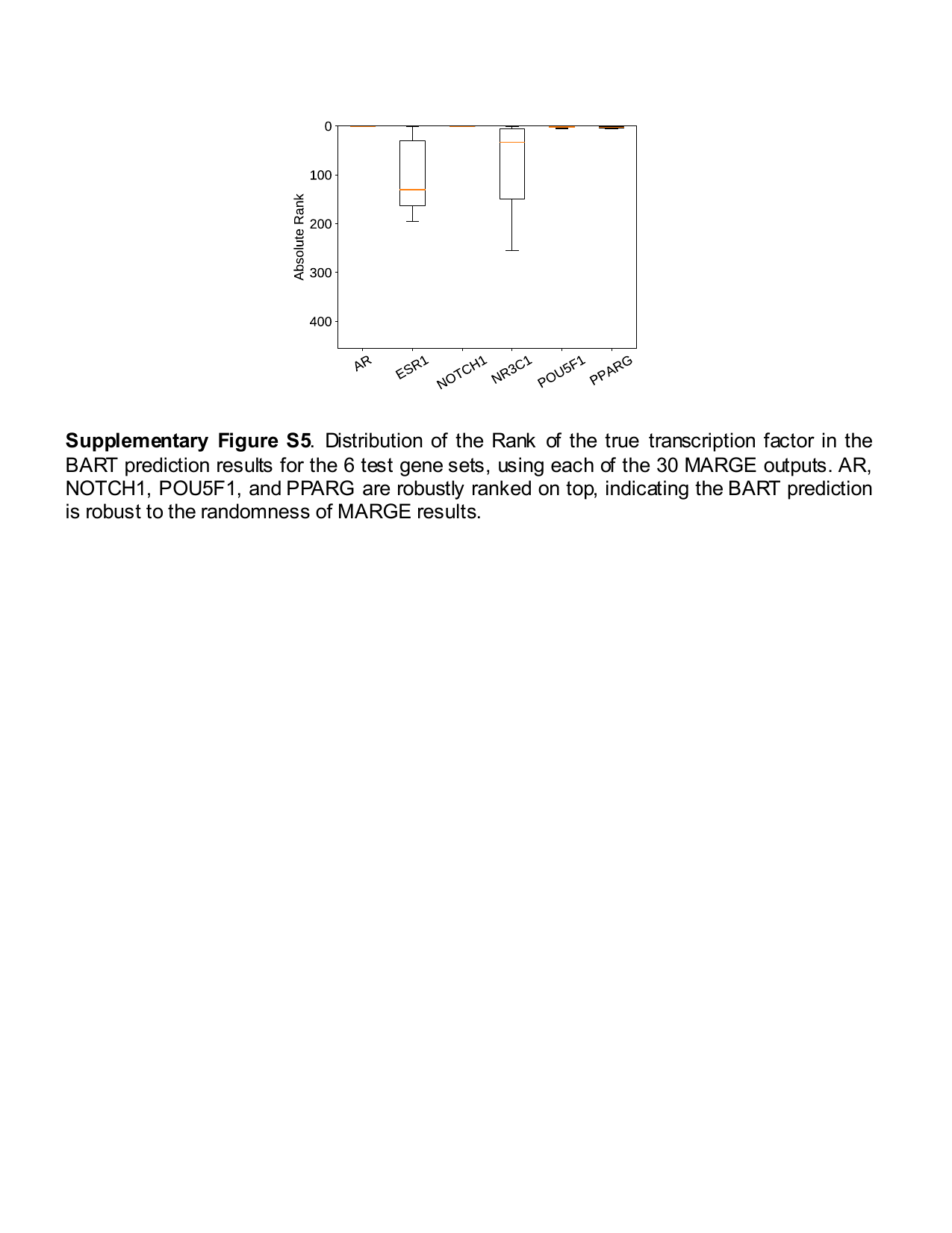 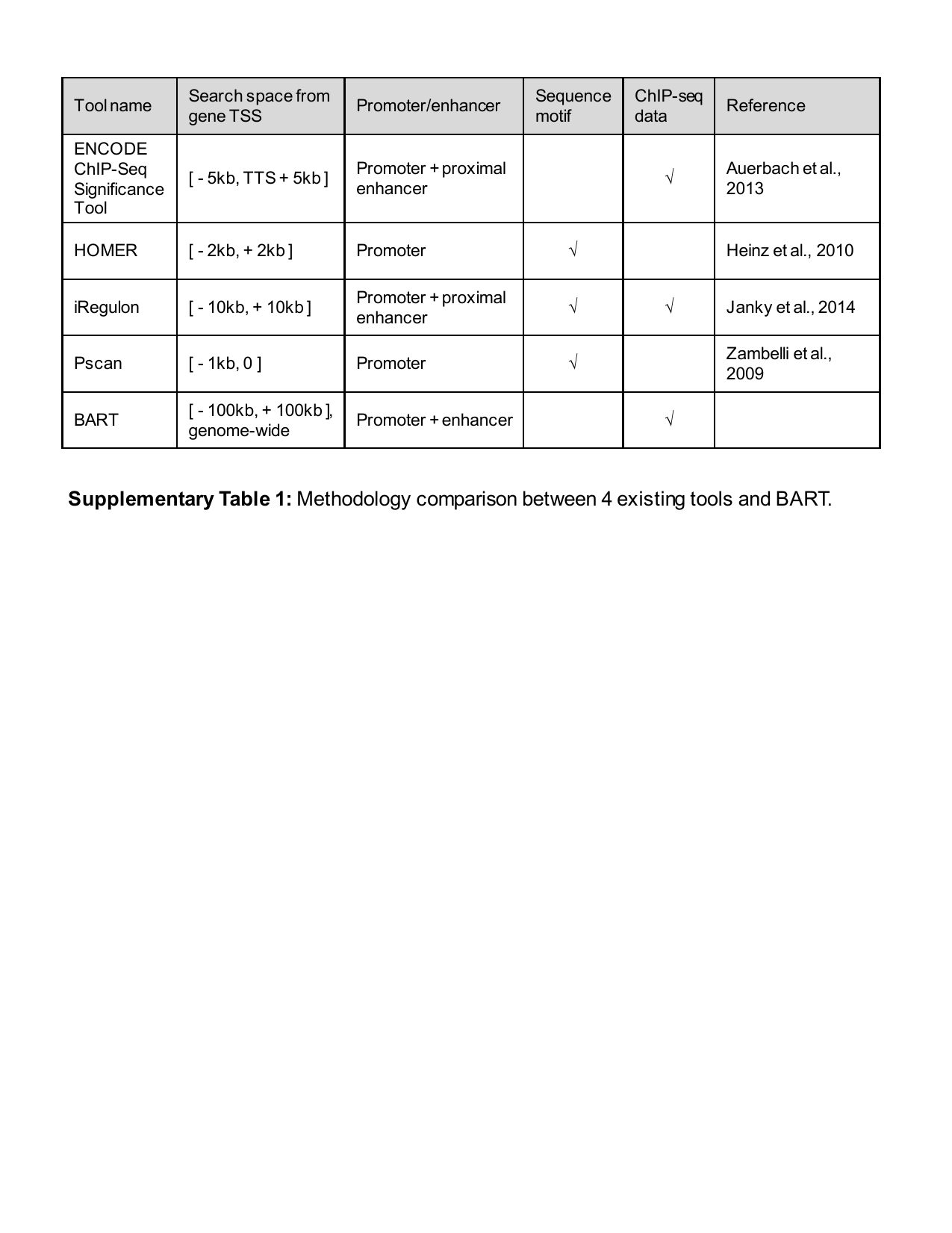 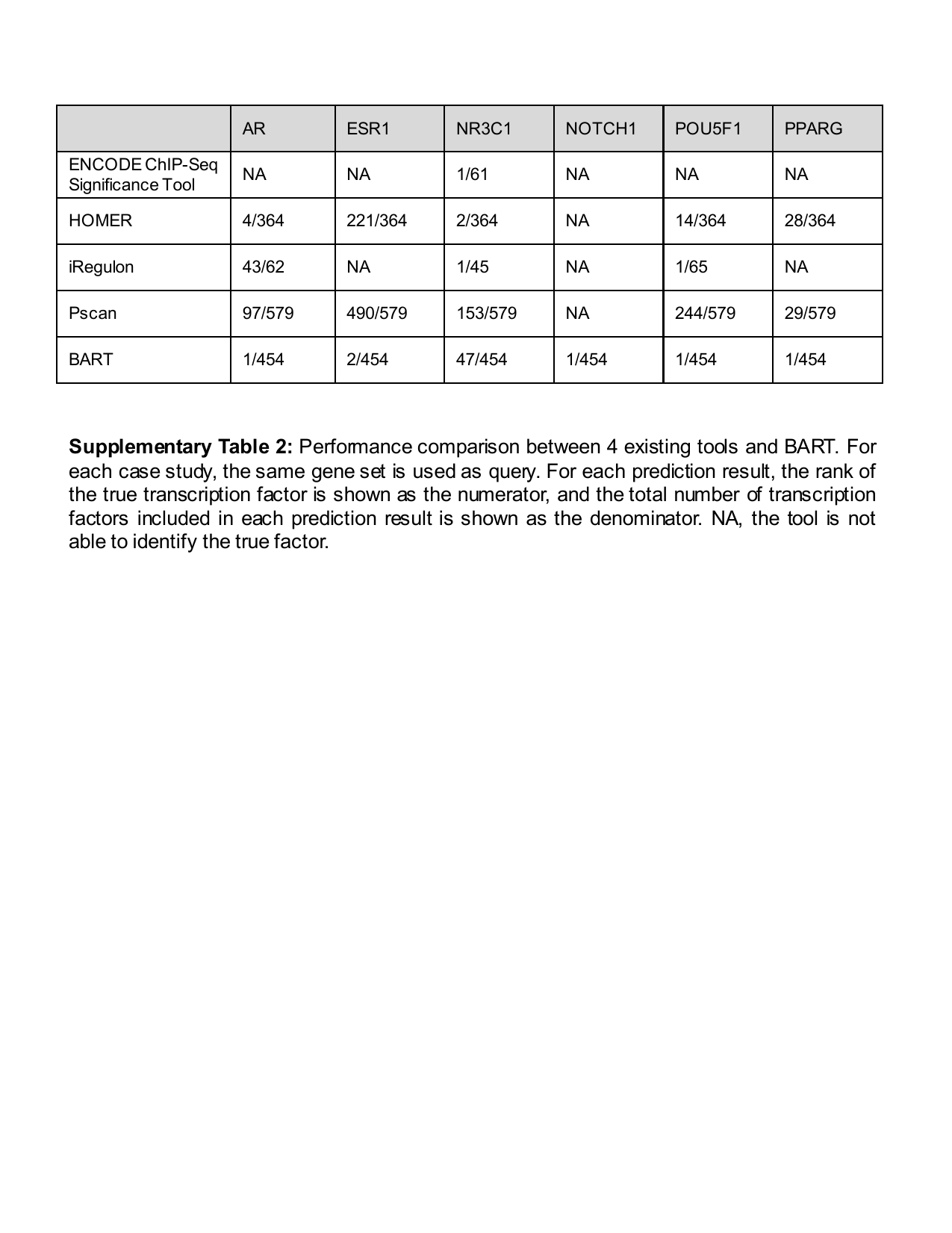 BART (Binding Analysis for Regulation of Transcription) is a bioinformatics tool for predicting functional transcription factors (TFs) that bind at genomic cis-regulatory regions to regulate gene expression in the human or mouse genomes, given a query gene set or a ChIP-seq dataset as input. BART leverages 3,485 human TF binding profiles and 3,055 mouse TF binding profiles from the public domain (collected in Cistrome Data Browser) to make the prediction.

BART is implemented in Python and distributed as an open-source package along with necessary data libraries.

BART is developed and maintained by the Chongzhi Zang Lab at the University of Virginia.

Target transcription factors of interests, please put each TF in one line. BART will generate extra plots showing prediction results for each TF.

Number of CPUs BART can use.

Whether or not do the standardization for each TF by all of its Wilcoxon statistic scores in our compendium. If set, BART will not do the normalization. Default: FALSE.

If specified, all output files will be written to that directory. Default: the current working directory

Name string of output files. Default: the base name of the input file.

The input file for

Target transcription factors of interests, please put each TF in one line. BART will generate extra plots showing prediction results for each TF.

Number of CPUs BART can use.

Whether or not do the standardization for each TF by all of its Wilcoxon statistic scores in our compendium. If set, BART will not do the normalization. Default: FALSE.

If specified, all output files will be written to that directory. Default: the current working directory

Name string of output files. Default: the base name of input file.

The input file for

Bed is a tab-delimited text file that defines the data lines, and the BED file format is described on UCSC genome browser website (https://genome.ucsc.edu/FAQ/FAQformat). For BED format input, the first three columns should be chrom, chromStart, chromEnd, and the 6th column of strand information is required by BART.

1. name_auc.txt contains the ROC-AUC scores for all TF datasets in human/mouse, we use this score to measure the similarity of TF dataset to cis-regulatory profile, and all TFs are ranked decreasingly by scores. The file should be like this:

2. name_bart_results.txt is a ranking list of all TFs, which includes the Wilcoxon statistic score, Wilcoxon p value, standard Wilcoxon statistic score (zscore), maximum ROC-AUC score and rank score (relative rank of z score, p value and max auc) for each TF. The most functional TFs of input data are ranked first. The file should be like this:

3. name_plot is a folder which contains all the extra plots for the TFs listed in target files (target.txt file in test data). For each TF, we have boxplot, which shows the rank position of this TF in all TFs (derived from the rank score in name_bart_results.txt), and the cumulative distribution plot, which compares the distribution of ROC-AUC scores from datasets of this TF and the scores of all datasets (derived from the AUC scores in name_auc.txt).